SimDate3D-2 is an extended version of SimDate3D. The setting is as follows: Thomas, Barbara and Nataly live in a small town. Thomas is going out with Barbara and… well… also with Nataly. The girls don't know about each other. Thomas tries to date both girls at the same time without them knowing, but eventually on a date with one of the girls suddenly second girl appears and things start to happen…

The game begins with Thomas going with Barbara to the cinema. User has a limited control about Thomas action and the goal is to “finish” the scenario with the highest score possible. The score is gained by doing activities with the girls and by doing certain actions with girls (e.g. kissing the girls). To finish the game, user has to “steer” characters so all of the three meets and argument happens. The outcome of argument depends on previous actions of Thomas towards girls. There are four possible endings - Thomas breaking up with Barbara or Nataly, both girls breaking with Thomas and one secret ending. The achieved ending type is shown in the middle of the screen when argument starts to happen.

Finish the game by steering the characters in a way all of them eventually meet and argument starts (but with the highest score possible). Each game session will be saved in the output folder (for analysis - there is no saving). When you are done with the game send me zipped output folder. Note that it is not necessary to watch the whole argument (at the end) every time. When the argument starts (and the game says what ending type you achieved) you may end the game by pressing key 6 (not on NUMPAD).

Each activity scores different amount of points. Activities can be done repeatedly.

Check Thomas Place Proposals/Movement to know how to reach the places below. The user appears in the game as a ghost without the body observing the scene. Use can move manually with arrow keys and mouse. Left clicking the mouse focuses on one of the characters in the scene . we recommend using this view to play the game. Mousewheel increase and decrease observing distance and mouse movement changes angle.

If you find yourself walking in the city not being able to fly, this is a bug that can be solved by pressing ESC and clicking on SPECTATE button.

This may be changed by pressing ESC and clicking SETTINGS. You can change resolution, graphics quality and audio volume.

This makes Thomas to do certain actions, but only if there is some girl nearby. Watch girl reactions carefully if she refuses a proposal, she either does not like Thomas enough to agree or you are at an innapropriate place for the action. Girl also reacts to actions - she will react positively to actions she likes and vice versa.

If Thomas is alone, this will cause Thomas to move to desired place. If there is a girl nearby, Thomas will propose to go to the desired place to the girl (this is a good way how to start dating with the girl that is passing Thomas by). If the girl agrees, they will head towards destination. Note that sometimes the agents “finish” their previous conversation before heading out.

How to start dating with the girl that is passing by

Best way is to start conversation with some action the girl likes and immediatelly after that propose to the girl to go somewhere in the city. Otherwise the girl and Thomas will continue to their previous destinations after the conversation ends.

Controls how is Thomas following the girl when they are going somewhere. This has currently minimal effect on the girl emotions and can be skipped entirely.

NOTE: You need to have Java 1.6 32Bit installed on your system as a default JRE. It was not tested with other versions of Java and may not work or cause problems.

If you encounter a new issue let me know. Also if the game crashes, error log will be saved in the root of the game folder. Send it to me. 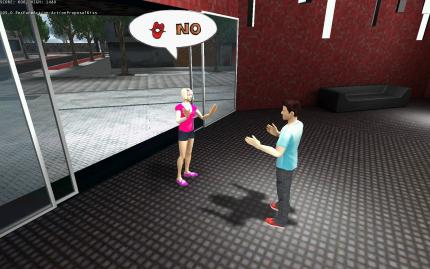 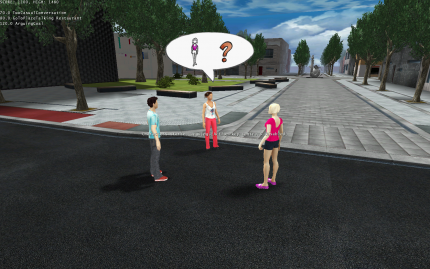 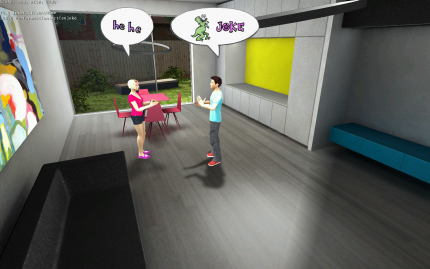 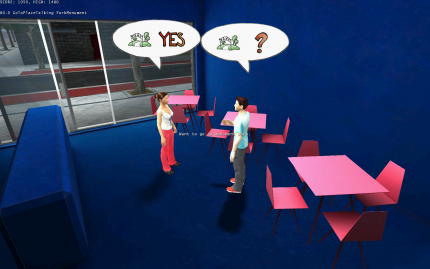